“I’m tempted to compliment you and say something like, ‘It’s brilliant by design.’ But knowing you, you’ll say it’s not, that it’s just the last in a series of failed attempts.”

He was at my back, just to the right of my shoulder. I could feel him there, watching me watch his waterfall–the one that fell in extreme slow motion. This would-be raging torrent provided the subdued dripping sound permeating the caverns.

While looking at this wall of water gracefully yielding itself, I added, “Yours is a practiced skill and a talent for meticulousness.”

“And yours is a talent for observation.  Let’s talk about the letter you composed last night.”

I never shied away from conversation with him, even at their most uncomfortable or ridiculous. Now wasn’t the time to begin.

“It was a pretty spectacular illumination, wasn’t it?”

… especially since I, apparently, willed it onto my leg without pen or ink.

“It was… making me certain there’s a bit of magik about you. You shouldn’t have been able to do that, especially here.”

Magical me… Brilliant. I could’ve used some back when I’d been writhing in agony on his office floor.

Turning to look fully at him, I questioned, “So what does that mean?”

“That I have a weakness when it comes to you.”

Oh… His statement was loaded.

My heart did its little pick-up skip, something that happened frequently around the man.

I asked, “And how does that make you feel?”

“Like I want to keep you here for a while.”

Because I didn’t say anything, he continued, “Think of it as a second honeymoon. I will.”

I was very interested in his thoughts concerning this subject because we never actually did anything on our first honeymoon–despite what everyone assumed and contrary to our initial contract negotiations.

“A working honeymoon, I think. You’re going to require some instruction.”

“I have extensive knowledge, but there are books in my library here you’d find insightful… Are you alright?”

I was being cowardly if I didn’t also admit the other discomfort. So I took a deep breath and said, “I’m overwhelmed.”

“Come to the fire with me, then, and let us just hold hands. We can talk of magiks and worlds later.”

One thought on “Conversations With a Beast, part 9” 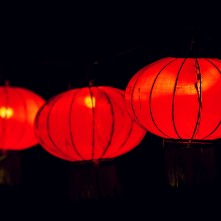 Vibrant in the quiet of the night…

Quiet and Still
Follow another quiet muse on WordPress.com